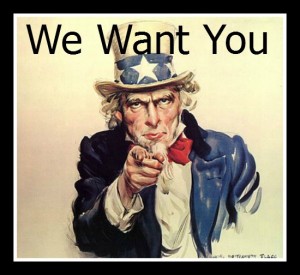 “Where are all the men?!” A rhetorical question asked to me as several of our friends – some single and some married – were hanging out one evening at our place. One girl was frustrated because every guy she has ever dated was either absorbed in some fictional fantasy game or still living with mom, or still living with mom AND absorbed in some fictional fantasy game. I gave a courteous laugh then hung my head, wondering to myself, “where are all the men of this upcoming generation?”

A generation where “YouTube” has taken the position of the father in a fatherless home: teaching our sons and daughters how to do laundry, tie a tie, change the oil in his/her car, and on and on; a generation that wasn’t taught to open doors for ladies or take a stand and reject passivity, accept responsibility, lead courageously and accept the greater reward that God has for them, instead of settling for seconds.

I think about the places I speak where I’m able to share my faith. As I give the invitation to accept Christ one by one I see the women on the front lines leading the charge. And while I’m 100% for women leading charges, it irks me as I see “Johnny skinny jeans,” (that even if I lost 100 LBS. I couldn’t fit into those spandex pants), swooshing his hair to the side, sitting on the back row saying, “I’m all you need baby! I mean look at this hair!”  And again I ask, “where are the men?”

Men that are not defined by the clothes they wear, the music they listen to, the sport they play, or whether they swoosh their hair or not, but by the character that’s in their hearts.

The men that stand up and say, “despite my past I will push through, not blaming my father, brother, mother, sister or cousin. My actions I will own, and the bed I made I will lie in.” The men that stop the excuses and seek accountability; someone that goes that extra step and chooses to seek out a mentor. A trustworthy person whose character has been proven. That can help guide them through the obstacles in life, speak life into them, and show them how to become a Godly man.

Where are all the men that decide to STOP hiding behind insecurities covering it up through arrogance? That take a stand for what’s right and LEAD with integrity and honor. The men with discipline that refuse to bow down to the different faces of temptation. That when they fall they get back up, not accepting defeat. Men that cling tightly to moral values and stand for something greater than themselves. Men that put others first and discipline their bodies like athletes, training it to do what it should; not giving in to every temptation, fleshly desires, or cravings. Where are all the men?

Real men stand in the face of the storm and say “Bring it on!” Knowing it’s the testing of that storm that will make them stronger. No more blame games, name calling, abuse, neglect, incest, rape, child molesters, murderers, liars, drug addicts, alcoholics, gossips, cheaters, con-artists, and adulterers.

The reality is…If I want change, that change must start with me. Made in the image of THE MAIN MAN HIMSELF, the ALMIGHTY, never changing, all powerful, King of Kings, Lord of Lords, the one who sticks closer than a brother, and is a father to the fatherless. And the greater HE becomes the greater man I can become. Jesus may you continue to show me how to be the man you want me to be, and raise up a generation that echoes your praises.

Where are all the men? Right here. It starts with me.

Committed to a change!

← “Take off your mask story: “God used you to get me back to him” (SIC) The Waiting Game →